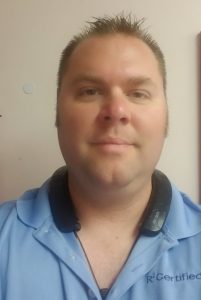 Ok, I have been speaking on videos for the past year. Some of you have told me that I should write, so here it is. Here is my first Official blog as A Billionaire in the making!!!!

Firstly, I want to say that I am not a guru on the subject. However, I have done a lot of research and learning more about Consciousness and the Spiritual realm over the last 12 years. I have been into healing since around 2007 and I have had a lot of hurts and pains from the past that have needed healed which are limitations and blockages. All of us have hurts and pains from past traumas that need healed, some on a much deeper level than others.

So many of the 95% of people go through their lives not knowing there is more to life living in those limitations and blockages. They don’t know they are in a prison in their minds. They have no idea that they have so many blockages which repel what they wish to be in their lives because of what is held in their subconscious minds and belief system. The good new is, the Beliefs can be changed!!!!

I will start by explaining what we are…. We are all atoms and molecules, we all have a frequency of vibration we are in at all times which can be changed and switched determined by how we feel. Our dominating thoughts determine where we are on the scale. What you think about on a continuous basis, keeps you in that State of mind / Vibration you are in. It is considered the State of mind that we are in which is Consciousness. People that are in a low vibration are more prone to having more negative occurrences / traumas in their life compared to someone in a much higher vibration. We all have access to Higher Consciousness. Every single one of us….. Below is the Consciousness scale from the book Power Vs. Force by Dr. Hawkins. Where do you think you stand on the chart? All of us have the power to be where we want on this scale, but we have to know how to change the vibration….. 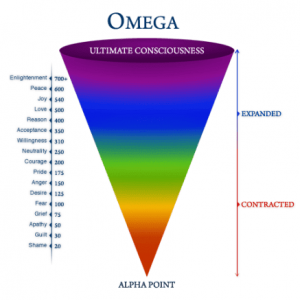 Every one that has done something great in life has pushed through the limitations that we all hold in our minds. Henry Ford said it right, Whether you think you can or think you can’t, you’re right. I’ll be honest, if you would have told me this 12 years ago, I would have said you were nuts. But everyone of us has to go through a Spiritual Awakening to understand life. A person has to be ready to receive or it will never come to fruition…..

My website is setup with videos which will help you change your Mindset. I have lived in Ignorance for years thinking that my life had to be on Auto pilot, I CHOOSE TO TAKE BACK THE CONTROL, SO CAN YOU!!! As I am writing this I am in a High Flow State listening to High Vibration Music!

Stay true to yourself, until my next blog…. In my next blog, I will explain more on the subject, I promise… I do not want to go to far in depth, it’s Deep….